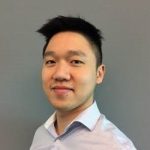 The University of British Columbia — Master of Engineering (Mechanical) (2012)
Panasonic Corporation from May 2011 – December 2011
Where he is now: Vancouver Airport Authority, Project Manager

Alex spent eight months in Japan as a Research Co-op student at Panasonic Corporation, working with a team that focused on developing home energy management systems. One of Alex’s main projects involved working on control algorithms for improving space thermal comfort, and he ended up pioneering the use of a new adaptive control for thermal comfort by executing proof-of-concept simulations which showed an accuracy higher than any existing control technology in the market at the time. His impressive work achievements resulted in a job offer from the employer to stay on with his team after graduation.

Now a Project Manager for the Vancouver Airport Authority, Alex is responsible for delivering airport terminal expansion projects. His familiarity  with Japanese culture played a big part in helping him successfully produce strong results throughout his career in Canada. His appreciation and understanding of discipline, a strong work ethic, and efficiency—hallmarks of Japanese workplaces and daily life—helped  him significantly in developing an excellent work ethic of his own. For Alex, being able to work in a high performing corporate environment while experiencing a unique culture allowed for substantial personal and professional development that has had long term benefits for him. 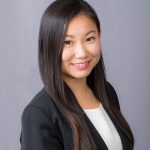 The University of British Columbia — Bachelor of Science in Psychology, Minor in Commerce (2013)
Panasonic Electric Works (Advanced Technologies Development Laboratory) May 2011 – December 2011
Where She is now: Unison Capital (Japan), Associate

In 2011, Alice spent 8 months in Osaka assisting with the development of a new healthcare application and analysis based on human physiology as a Research Intern at the Advanced Technologies Development Laboratory of Panasonic Electric Works. Some of her most significant contributions as a Canada-Japan Co-op student included conducting research on minimally invasive detection of blood glucose levels, and publishing her findings in the Journal of Biomedical Optics. She notes her experience conducting innovative experiments alongside top researchers at Panasonic to be one of the most memorable parts of her experience. Outside of work she managed to arrange small trips across Japan with fellow Canada-Japan Co-op Program participants, and built friendships with Panasonic employees from other departments who lived in the company dormitory with her.

After her graduation from The University of British Columbia, Alice returned to Japan to work as an Associate at Unison Capital, a private equity firm. Participating in The Canada-Japan Co-op Program gave her the chance to experience Japanese work culture and allowed her to “get her foot in the door” to a working life in Japan. 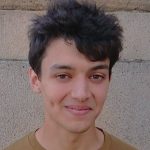 Mohamed describes his work experience at Nippon Telegraph and Telephone Corporation (NTT) as “a great beginning to a career in academia.” He left for Japan in September of 2010 after receiving a job offer from NTT to work at their Basic Research Laboratory . His work in characterizing semiconducting thin-films as a Research Intern allowed him to learn more about fundamental science while working on world class research, and he fondly recounts memories of sharing a lab with other highly motivated researchers and credits the countless discussions he had with them on superconductivity to be one of the reasons that led him to make the decision to pursue a PhD.

After completing his Bachelor of Applied Science at the University of Ottawa, Mohamed ended up pursuing his PhD on superconductivity in Japan. His PhD supervisor then acquainted him with the Stewart Blusson Quantum Matter Institute (SBQMI) at The University of British Columbia, where he is now a Postdoctoral Fellow. The experiences he had and the things he learned during his co-op work term in Japan led Mohamed to discover a passion that helped him decide on the path he wanted to take after completing his undergraduate degree. 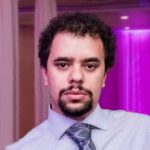 For Kyle, the Canada-Japan Co-op Program was a springboard that helped propel him to where he is today. Having spent one year in Kyoto, Japan working for Advanced Telecommunications Research Institute International (ATR), Kyle gained plenty of knowledge, skills, and work experience. He helped develop a Graphical User Interface (GUI) for the teleoperation of multiple social robots, assisted with research, and conducted experiments both in and out of the lab. However the most memorable part of his time in Japan the people he met. Through encounters with locals, others from Canada, and even those from other parts of the world, Kyle had found friends he has forged lifelong bonds with.

The connections he made while in Japan are what helped him return to Japan again in 2017, five years after completing his undergraduate degree in Software Engineering at Concordia University. His experience living in Japan and the network he acquired meant he could get reference letters for graduate school in Japan from Japanese professionals. This became a huge asset as he applied for and received a scholarship offered by Japan’s Ministry of Education, Culture, Sports, Science and Technology (MEXT). With the help of this scholarship Kyle is now pursuing a PhD in Artificial Intelligence at the University of Nagoya in Nagoya, Japan, under his current professor and supervisor who was one of his coworkers from his time at ATR. His participation in The Canada-Japan Co-op Program positively impacted his future, and as Kyle puts it, “it’s more than just a work term, it’s a great life experience.” 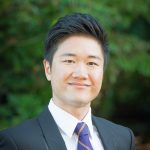 Through The Canada-Japan Co-op Program, Roger discovered the unique opportunity to leave his comfort zone and live overseas while garnering work experience as a student, and embarked forJapanin September 2007. He spent the next twelve months in Imabari city  in Japan’s Ehime Prefecture as a Native English Teacher with Peppy Kids Club, iTTTi Japan. Along with teaching English to school children of a diverse age range, he also had the opportunity to independently develop and teach his own English language curriculum—one of his most significant co-op accomplishments.

Roger now works as a Workplace Campaign Manager for United Way of the Lower Mainland, and he explains that even though his current position no longer requires him to work with young students, his participation in The Canada-Japan Co-op Program taught him the foundations of communication: “Without a shared language, I learned how to engage my audience through other means, such as eye contact, visual demonstrations, body language, and participatory activities.” A large part of Roger’s current role involves creating dialogue and rapport with workplace donors and volunteers, and he describes how the things he learned about interacting with others played a large part in helping him acquire the job, pointing out that “using creative ways to share [his] organization’s story in order to motivate and compel stakeholders is key to [his] job.” However, his time in Japan gained him much more than skills limited to the workplace, as he noted that living abroad in an unfamiliar country taught him how to “adapt quickly to different surroundings, solve problems on the fly, and be resilient in challenging circumstances,” and the experience became crucial for his personal and professional development. 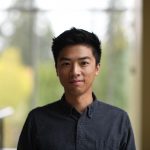 In 2008, Thomas Chung landed a position as a Software Engineering Intern in Japan with Sony Digital Network Applications, Inc. His work term in Japan enabled him to apply what he studied in the classroom to real software development projects, learning how software development works in a real world setting. One of his most significant accomplishments through The Canada-Japan Co-op Program includes completing and presenting his internship project to his team and delivering his daily standup status meetings in Japanese. Thomas’ adventures in Japan encompassed more than just work, as s some of his most memorable experiences include climbing Mt. Fuji, snorkeling in Okinawa, and even the daily train commute from his apartment in central Tokyo to Sony headquarters. He came to better understand Japanese culture which in turn helped improve the way he works with people from different backgrounds, and built a network with many people in the community both within and outside the company, some of whom are still in touch with him and continue to provide him with insight into the industry in Japan. Now a Senior Software Engineer for Microsoft’s Office Product Group, Thomas believes “the international work experience is invaluable because it shows potential employers that you are driven to go the distance to achieve what you desire.” 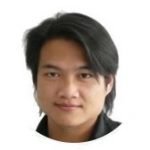 Spending twelve months in Japan as a Junior Research Assistant for the Network Service Systems Laboratory at Nippon Telegraph and Telephone Corporation (NTT) gave Leon time to grow his list of technical work accomplishments, which consisted of projects that included integrating PCEP functionalities onto Ethereal (a software network protocol analyzer), configuring and evaluating Juniper M5 routers under optical GMPLS networks, and designing a software-based MPLS Traffic Engineering network simulator. Outside of achievements in the workplace, Leon has fond memories of the time he managed to gather more than sixteen other participants of The Canada-Japan Co-op Program and JETRO who were working across Japan, and coordinate an overnight climb to the top of Mt. Fuji.

Upon his return from Japan, Leon went on to complete his Bachelor’s in Computer Engineering at the University of Victoria, followed by a Master of Applied Science degree at the University of Toronto, and then graduated with a Master’s in Business Administration at the University of Washington. He now resides near Seattle, Washington and works for T-Mobile USA as a Product Engineer, developing new products for customers from ideation to launch. His time in The Canada-Japan Co-op Program remains a significant influence in his life and career as employers continue to bring up his experience in interviews, and he emphasizes how his participation in the program has helped him to appreciate and also learn to adapt quickly to different ethnic and corporate cultures.